Just recompiled to fix a problem shown on macOS Monterey. If it’s running fine for you, don’t worry about updating.

I’ve updated Fillets to use SDL 2 to fix some problems with the old one not working on recent versions of macOS.

This new version is also code-signed and sandboxed to make it play nice with Gatekeeper.

64-bit only, sandboxed, and code-signed, ready for all your modern MacOS versions.

Ahhh.. Bruce. I really liked most of your stuff. Schismatrix – wonderful. Heavy Weather – terrific. Even Distraction I liked. All these are 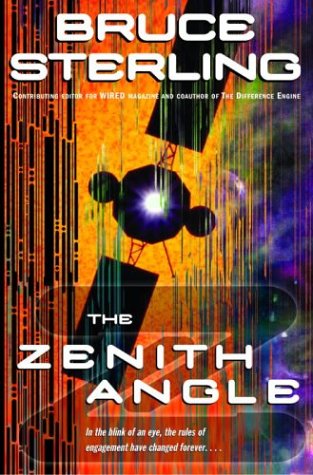 either far future books, or have tech that’s at least plausible. Zenith Angle is just painfully bad. Like a low-budget Sci-Fi channel movie, you get things like a SPAM (as in email) powered laser (?!?!?!) capable of gently disrupting some satellite communications. Or something. Oh, yeah, there is some sort of super glue gun involved too that like a miniature jet engine that can fire bullets.

Presumably the book is trying to point out (and lampoon perhaps?) how difficult it is for a Bond-style bad guy (aka, Blofeld) to build and sell to the highest builder some sort of global super weapon. Which may be a good premise – except that the execution here is so bad, so drawn out, and so completely dull as to boggle the mind. I gave it chance – reading through the entire thing hoping it would take good turn. I should have quit after the first quarter of the book involved tracking down a long-lost grandfather who’s contribution to the plot is some clichÃ©d advice and the aforementioned super glue gun.

Stay away. Bruce – you can do way better. You contribute great stuff to Wired all the time. I’m convinced that this book was written in a caffeine-induced trance shortly after 9/11. If you’re going to go with techno-thrillers, please keep the tech semi-plausible.